The date of the competition and celebration will start:

From December 9 to December 24

Create a video about the anniversary of the creation of CoinX and get a chance to win valuable cash prizes worth up to $1,200 and other in-kind prizes.

Read:50% of Bitcoin holders are in a losing position…Why is this positive for Bitcoin? 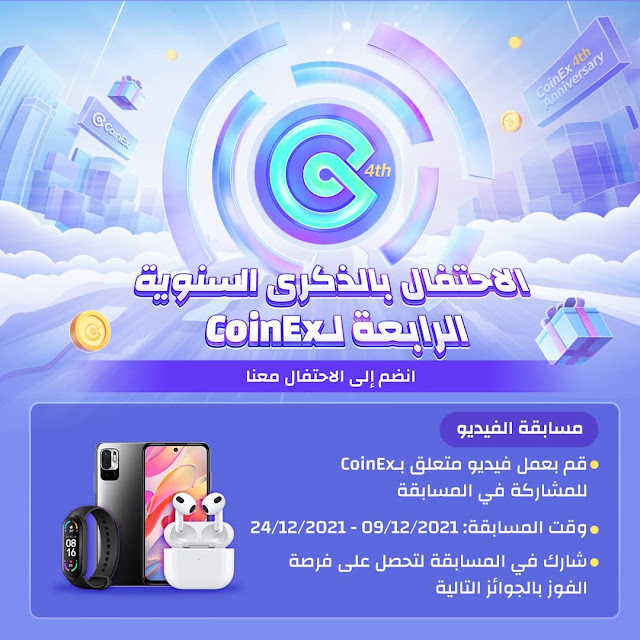 Note: Video views must be more than 500 views

The duration of the video is no less than two minutes.

Fill in your data, email and video link in the statement in the link below:

The video will be rated by 60% of views.

Note: In the event of disputes, CoinEx is the organizer and has the right to the final report

Create a CoinX anniversary photo and get a chance to win cash prizes worth up to $200. 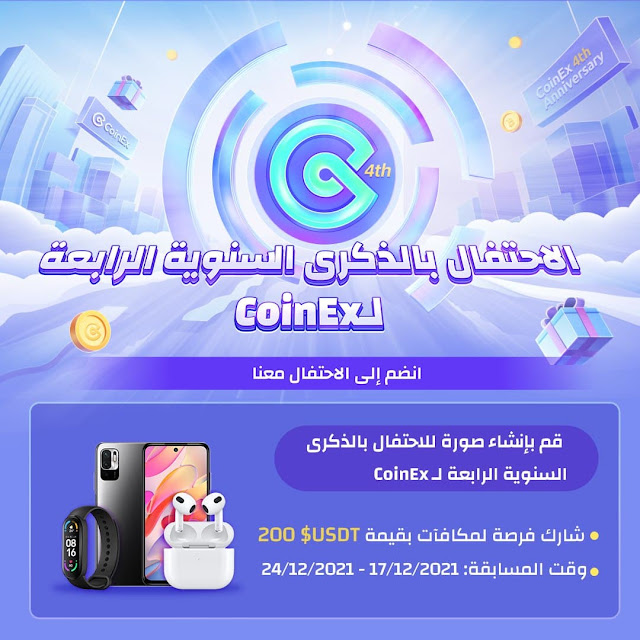 Create an image to celebrate the 4th anniversary of the CoinX platform.

A valuable prize for participants worth 2000 official CoinX tokens CET

2000 CoinX tokens will be distributed to 20 participants with the highest number of likes. 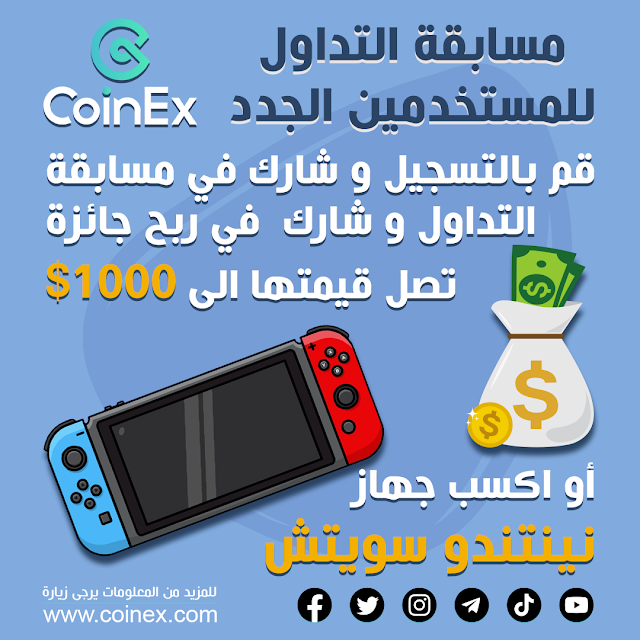 First task:
Complete an operation with a value of at least $30
the prize:
Complete the task to get $1 – for the top 1000 users.
The second task:
Win a Nintendo Switch in the Trading Contest
Contest rules:
Successfully complete the first task
The 3 people with the highest number of trading transactions will be chosen and each winner will receive a Nintendo Switch.
The symbols of the Arab countries included in the competition:
ARE, BHR, DZA, EGY, IRQ, JOR, KWT, LBN, LBY, MAR, OMN, QAT, SAU, SOM, SDN, SYR, TUN, YEM, MRT
Contest starts on December 9th and ends on December 30th.
Note: In the event of disputes, CoinEx is the organizer and has the right to the final report.
Read also:

Cryptocurrency exchange CoinEx is growing rapidly in the MENA region

And you can ask questions on the content site through the word “Ask a question” at the top of the site, where we answer your questions in a short time

Finally…the crypto queen who stole $4 billion has been found

Surprisingly: Game developers are skeptical about blockchain and NFT